Telling Their Stories - by Sharon Sterling

Maybe I did it, in part, because as the subsequent news story said, I have "a soft spot for authors." That is just a pale shadow of the reason that in March of this year, I organized and conducted an Author Event/Book Fair in Arizona's Green Valley. 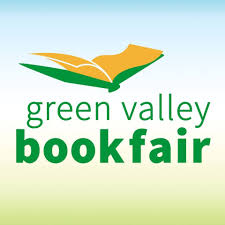 A more explicit reason for organizing the event was that throughout my childhood I was an enchanted reader of books, and as an adult I realized how much I respected the intelligent and articulate people who wrote them, as well as those who write the books I read now

Soon after beginning my job as psychiatric social worker at the La Posada retirement community in Green Valley, I met my first resident author, Carolyn Ingle Filigenzi. Her book is titled, In Defiance We Call Them Mangoes. “Why become defiant over mangoes?” I wondered.

Reading Carol's charming memoir, I learned she was born and lived in Defiance, Ohio, where the grocery store produce clerk persistently labeled the green bell peppers—you guess it—"mangoes." One can only guess about the culinary concoctions that may have inspired! 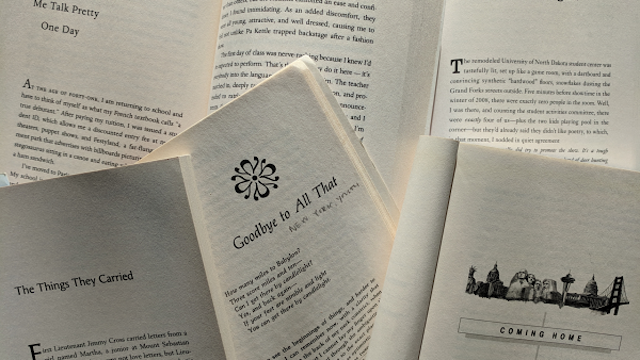 The next resident author to amaze me with her published story was Doris Steffy, a retired college professor whose mother had been a mortician. Her book, titled appropriately, is Mrs. Steffy: Our Mother the Mortician.

Steffy, who is also a Book Women subscriber, was among four children aged six to sixteen when her father, who had been a funeral director in Montezuma, Iowa, died in 1937 at age forty-three. With children to care for, Doris's mother went to embalming school and took on her late husband's role in the business. "She felt strongly that she wanted to continue his work," Doris said of her mother, who created forty scrapbooks of obituaries during her career.

Subsequently, I met and admired more resident writers, including a former psychotherapist who writes poetry, two gentlemen who wrote textbooks, a dedicated blogger of "Wise Words From Grandpa," and several others. However, I think I was most amazed to meet Helen Hanselmann, who had written and produced a comic operetta in fairytale style that was inspired by her reading of Bruno Bettelheim's The Uses of Enchantment.

Creativity flourishes when there is time and opportunity to express it. In our retirement community, there are painters, potters, quilt makers, jewelry-makers, woodworkers, Zen-tanglers and other artisans and artists of a dozen mediums. Most have the means to share their creations with others through exhibits in conference rooms, common areas, libraries and galleries. I have been happy to view their works and to support the artists. The authors here, however, were as good as invisible, incognito, their works unknown and unacknowledged.

In today's publishing world, authors are expected to market their own books through what has been described as "shameless self-promotion." That is definitely not the style of the resident authors at La Posada. So, through talking with a close friend who is a writer herself, I hatched the idea to hold our own author event.

It would allow these special people to tell their stories, share their ideas and their histories and become acquainted with new residents as well as with each other. Seven authors took part.

The event was held on the patio of the La Posada community's coffee shop, where writers sat at a long table with copies of their books around them, ready to talk with people about their books and sell copies. The comic operetta played on a TV in the background.

As a social worker, I had little experience in event planning and the process was exhausting and sometimes frustrating. I made mistakes and the outcome was not perfect but I believe it was imminently worthwhile. A half-page story about the event ran in the main section of the local newspaper.

There must be many other unsung wordsmiths out there who are too modest for self-promotion. I hope this account may inspire their delighted and respectful readers to celebrate them in whatever way they can. 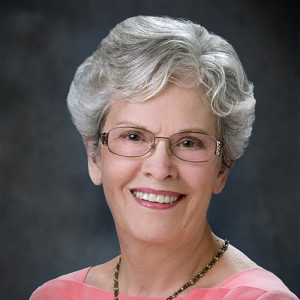 Sharon Sterling is a psychotherapist/social worker and author. She earned her Bachelor of Social Work degree from Northern Arizona University in Flagstaff and her Master’s degree from Tulane University in New Orleans, and began her social work career as a crisis counselor. Over the years she worked in Cottonwood, Yuma, Tucson, Flagstaff, and Prescott. Her work experiences include community mental health agencies, psychiatric and medical hospital settings and private practice. The intense experiences and fascinating people encountered during those years inspire and inhabit her books, while the flavor of Southwestern locales spice her writing. Her mystery/thriller novels include Fatal Refuge and The Well. Both are set in Arizona and feature a young Apache woman and a mental health counselor. Ms. Sterling completed her Arizona Thriller Trilogy with A Killing at Lynx Lake. Find out more about Sharon HERE
Posted by Vijaya Schartz at 1:30 AM