Is writing fiction appropriation or sharing the human experience? That’s a question I’ve been facing for years. Certainly, each of my novels and stories contains an autobiographical element, but in no way are they memoirs, not even Memoirs From the Asylum, which does reflect my career in mental health, and certainly not Widow’s Walk, the story of an Irish-American widow. If I am not writing about me, who are these characters and do I have the right to use their stories? For example, the drunks and hangers-on found in the pages of Tales From the Dew Drop Inne—yes they are fictional characters, but—have I invaded their privacy and appropriated their stories? That is a question with which I wrestle as an author.

In the last year that issue has grown even more regnant. 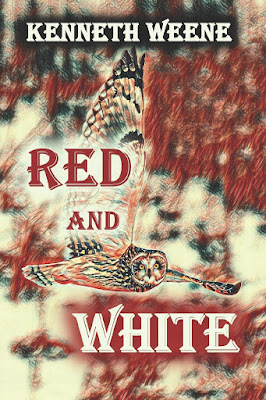 First, there is my newest novel Red and White, which explores not only Native American culture but also examines the Black experience in the years after the Civil War. Preparing to write Red and White involved not just a lot of reading but also talking with many Native American friends. From them I learned a great deal about Native American history and culture. However, I didn’t want to appropriate what they told me. If I couldn’t come up with something more, something that I created, I was determined that the book should not be written.

The novel, which was channeled from a Sioux warrior Plenty Horses, centers on Lonely Cricket, a Ho-Chunk youth who was among the first students at the Carlisle Indian School. I have never been one to focus on reincarnation, and if I were to have lived before, I’m quite sure it would not have been as a Sioux warrior. Why and how the spirit of Plenty Horses decided to reach out to me is a mystery for which I have no answers.

Filled with a newly created series of Native American stories, Red and White is, in my opinion, not an appropriation but a reflection built on Plenty Horses’ speaking to my heart and my empathy for the young men and women taken from their homes and sent to such schools. As I thought about those youngsters, it occurred to me that there would be a natural affinity between them and the Blacks they would meet in that “White world.”

Having grown up a member of a minority and having gone to a boarding school designed to make me not just a “White American” but an old-fashioned New England Yankee, what I call a Broody New Englander, I have great empathy for the marginalized and rejected. I guess in some ways I identify with Steinberg, an author whose characters are often outside trying to see into society.

I think that sense of empathy has also connected me strongly to Africa, a part of the world to which I have never been

My first connection was an on-line friendship with a South African writer, a connection which helped my books to sell well half-way around the world. However, that was only a beginning. A few years back, I met a man from South Sudan. He had been a child soldier, one of the Lost Boys of Sudan. Deng wanted to write a memoir and was looking for help. I ended up co-authoring that volume, which is yet to be published, and became involved with his magazine, Ramciel. The goal of Ramciel is to connect the South Sudanese who are scattered around the globe with those still in their homeland. Since South Sudan is a young nation, still suffering civil conflict and driven by multi-tribal identities, and since so many South Sudanese are dispersed around the world, the role of this magazine in helping to create a national and cultural identity is important.

Then, there’s my friend Tendai Mwanaka from Zimbabwe. A publisher, Tendai was looking for essays about the African-American experience. He read one of my essays about discovering racism as an adolescent and asked to include it in a collection. I was delighted. Only later was I more delighted to learn that I was the only White author whose work was included. 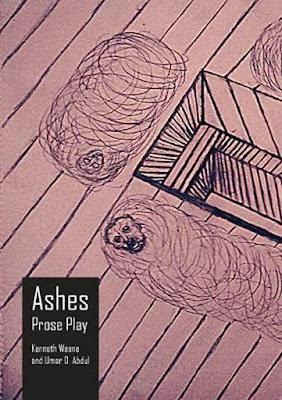 With such connections and with an active presence on social media, it seemed more ordained than coincidence that I became friendly with Nigerian playwright Umar Abdul. Umar and I decided to write a play together. Ashes is the story of an African-American who, with his mother, brings his father’s ashes back to Nigeria to scatter them in the ancestral homeland. Of course, identifying that homeland so specifically involved both oral history and DNA analysis.

Writing Ashes, which recently had its first performance in Nigeria, was a great experience. I learned how the people of Umar’s community looked at the world and how they used metaphor. I provided more of the plotting. Between us we wrote a play that has something to say. However, we also needed it published. Re-enter my friend Tendai who offered to publish Ashes.

The experience was so rewarding that Umar and I are working on a new play, one that is more surrealist and hopefully more universal in its insights, even more encompassing of the human experience.

The goal of my writing is to find that which encompasses not my personal experience but the universal, that which makes us all more nearly human than otherwise. If I cannot go beyond that which I have personally experienced and connect to the collective and archetypic, I have failed in my goal as an author. I create characters who live their own lives and my job is respecting their existence while celebrating their connection to us all.

To answer my original question: no, to create a work of fiction from the perspective of another person and even a culture is not appropriation but rather a celebration of our human connection. 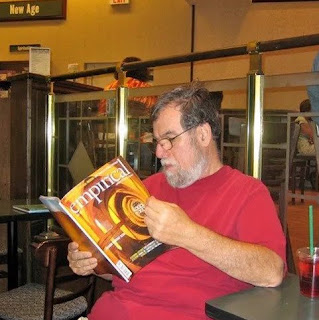 Ken’s stories and poetry have appeared in numerous publications and he has a number of books which can be purchased on Amazon, Barnes & Noble, and other outlets.

More about Ken can be found at: www.kennethweene.com.
Posted by Vijaya Schartz at 1:30 AM