I first learned of what is considered “one of the masterpieces of twentieth-century world literature” while reading Paul Theroux’s, “On the Plain of Snakes.” In his critique of Mexican literature, he mentions “Pedro Páramo” because, unlike many of Mexico’s bestknown authors, Rulfo wrote about rural Mexico. He mentions that the book was published in 1955 and was one of the procurers of “magical realism,” which influenced many of Latin America’s best authors.

When I told my Guatemalan wife about the book, she told me she “hated it.” Evidently, the Belgian nuns who ran her school in Guatemala made this obligatory reading in 6th grade! Oh well, obviously I got a late start finding this great piece of literature, but was not disappointed one bit.

Susan Sontag, an American writer, philosopher, teacher, filmmaker and political activist described as "one of the most influential critics of her generation,” wrote the foreword to the book. According to Sontag, Garcia Marques said that, “Pedro Páramo is a legendary book by a writer who became a legend.”

The story is about a dying mother beseeching her son to locate his father, Pedro Páramo, whom they fled from years ago. With that, Juan Preciado sets out for Comala, a town alive with whispers and shadows - seemingly populated only by memories and hallucinations. Built on the tyranny of the Páramo family, its barren and broken-down streets echo the voices of tormented spirits sharing the secrets of the past.

Initially, the novel received a cold critical reception and only sold two thousand copies during its first four years, until it was highly acclaimed as a key influence on Latin American writers like Gabriel Garcia Marquez. Marquez claimed that after he discovered Pedro Páramo (with Kafka’s “Metamorphosis” the most influencing reading of his early writing years), he could recite from memory long passages, until eventually he knew the whole book by heart, so much did he admire it and want to be saturated by it. 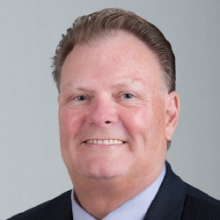 Walker was a Peace Corps Volunteer in Guatemala and spent over forty years helping disadvantaged people in the developing world. He came to Phoenix as a Senior Director for Food for the Hungry, worked with other groups like Make a Wish International and was the CEO of Hagar USA, a Christian-based organization that supports survivors of human trafficking.

His book, Different Latitudes: My Life in the Peace Corps and Beyond, was recognized by the Arizona Authors Association for nonfiction and according to the Midwest Review, “. . . is more than just another travel memoir. It is an engaged and engaging story of one man’s physical and spiritual journey of self-discovery . . .”

You can learn more at www.MillionMileWalker.com
Posted by Vijaya Schartz at 1:30 AM